So last Thursday was one of the longest days of my life.

After class, I went to Victoria Station and boarded an overnight bus to Paris, France. Why an overnight bus you ask? Well, they are extremely cheap. Not only do they provide transportation, but they also alleviate the need to book a hostel. Normally for a weekend trip, I would fly out Thursday night, have to pay for a hostel Thursday, Friday and Saturday night, and then fly back to London on Sunday morning.

So, we decided to try something different this time. It worked out well as Paris is not only close, but the buses are so much cheaper than taking the Chunnel or flying. When using the bus, you also don’t have to pay for the extra expense of getting to and from the airport which also GREAT.

So anyways, enough about expenses. We left Victoria Station in London at 10:20 p.m. and headed off on our overnight journey. We took the ferry across the Strait of Dover, so that was pretty cool. What wasn’t cool was arriving in Paris at 6:30 in the morning. Yep. 6:30 a.m. It was still dark out and we were extremely tired, as you can imagine, its slightly difficult to get good night’s sleep on a bus. But we powered through-the motto of the day. 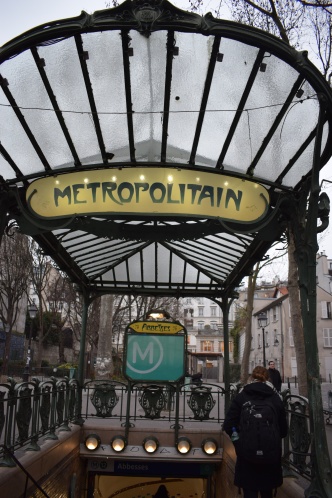 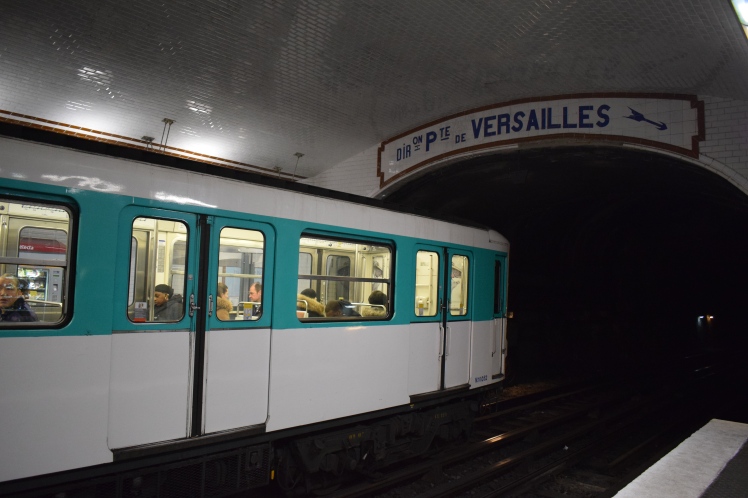 After getting off the bus, we walked to the closest Metro station and made our best purchase of the weekend: a two-day pass for unlimited Metro rides in zones one and two. If you ever go to Paris, I highly suggest investing in a Metro pass like this as it allows you to get to all the monuments and touristy places quickly when you only have a few short days to see everything you want to. It was only about 16 Euro, and we definitely used more trips with it than 16 Euro  would have paid for within the first four hours of being in Paris so…yeah. Buy the Metro pass and save yourself the time and money it takes to get around via walking or taking taxis.

I definitely suggest going to the Eiffel right after it opens at either 9 or 10 a.m., that way you can avoid the two hour long lines that TripAdvisor says you can usually expect. TripAdvisor also suggests buying your tickets in advance so you can skip the lines, but luckily we were able to walk right up and buy our tickets with our student discounts (YAY) and then we headed right up to the top of the Eiffel Tower. If you’re going to the Eiffel Tower, buy the ticket to go all the way to the top floor. Its worth it. The views were incredible despite the slight fog.

After the Eiffel Tower, we used our wonderful Metro passes to visit a bunch of the other famous (and free) monuments of Paris. These included the Arc de Triomphe de l’Etoile, the Luxembourg Gardens, the Basilica of Sacré-Cœur (AMAZING VIEWS, but go early before all the panhandlers come out), Notre-Dame Cathedral, and of course, the Lourve Museum. 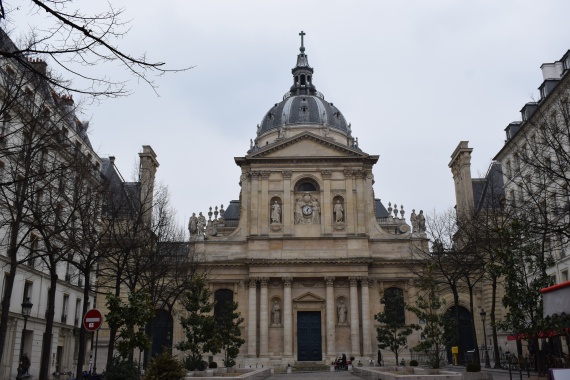 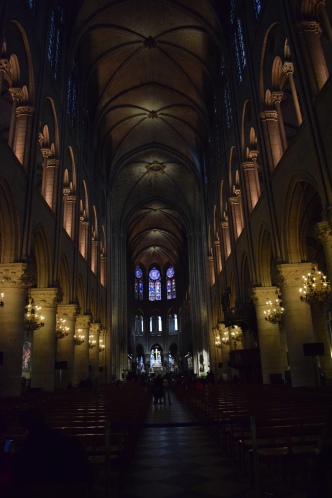 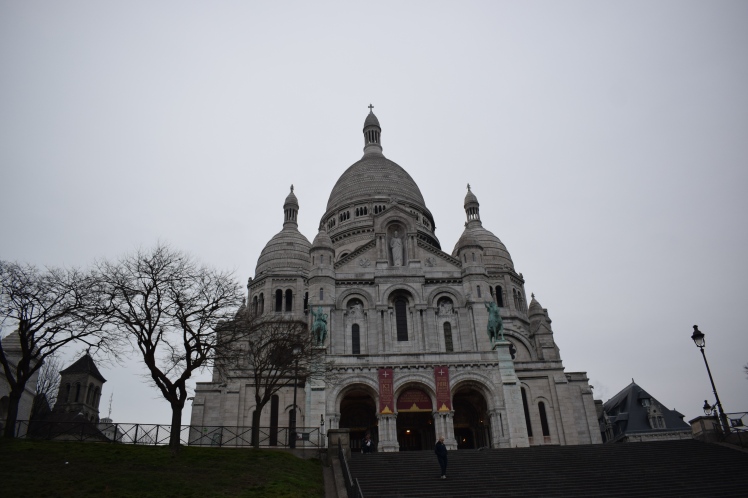 At the Notre-Dame Cathedral, they offer admission inside the Cathedral for free as well as free tours on certain days at certain times. If you’re interested in a tour, be sure to look that up ahead of time. We didn’t do a tour, and instead decided to walk through the Cathedral on our own. There were still many signs to read that talked about the history of the Cathedral and its architecture and we also got to spend as much time as we liked admiring how pretty it was inside.

We waited until later at night to go to the Lourve. After 6 o’clock to be precise. Every Friday after 6 p.m., admission to the museum is free for anyone under the age of 26 who can present a valid ID. We are currently under 26 and of course had our IDs so hellooooo free trip to the Lourve. While I’m not really one for museums, I was able to see the Mona Lisa (its pretty small tbh, but ts the Mona Lisa so).

On our second day in Paris, we planned to take the train out to Versailles. We thought it would be easy to get there, being that we had our Metro passes and only would have to pay a whopping seven Euros for a round-trip ticket. But, we ended up taking the right train, only going to the wrong end place. Needless to say, we ended up switching back and forth trying to get to the correct train station for almost four hours. Not great. But we eventually made it to Versailles. 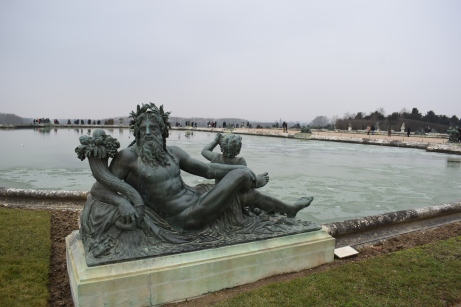 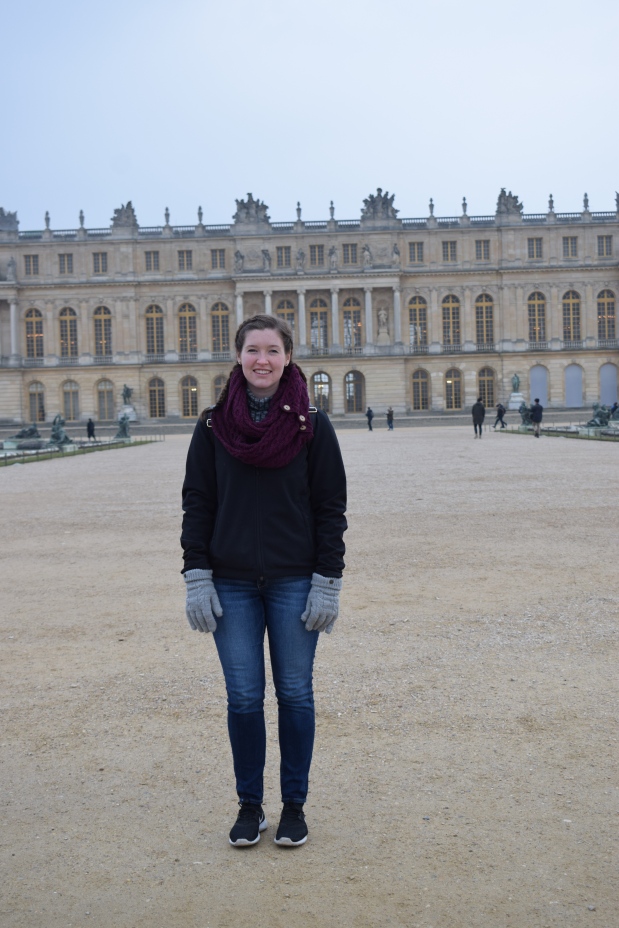 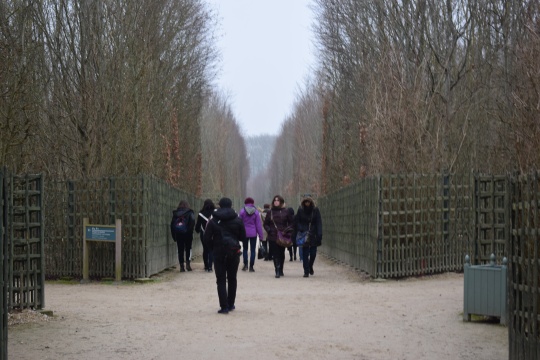 In Versailles, we walked to the Palace of Versailles. The line to go into the Palace was extremely long, like two hours long, and we didn’t have that much time to spend there so we decided to simply walk the grounds. We braved the cold and explored the grounds for about an hour and a half and then took the train back to Paris.

Night bus round two happened Saturday night. I turned 20 on the bus ride back to London and celebrated with M&Ms and opening a few letters from home. It was a long but good  (and inexpensive) weekend, and ending with my birthday was the ‘icing on the cake!’