As a j-schooler, I’ve learned how important it is to check my emails almost every time that I look at my phone. You never know when there might be breaking news or emails that need an immediate response. This was one of those times. UW-Madison journalism students were offered the opportunity to go on a behind-the-scenes tour of the ESPN College Gameday set on Friday at three different times. There were a limited number of spots available for the tours, about 15 students per group, and the first students to respond were allowed to go.

THANK GOODNESS I CHECK MY EMAILS LITERALLY EVERY FIVE MINUTES.

Luckily, I was able to sign up for one of the times and was able to quickly make my way to Bascom Hill after work on Friday. 2011 was the last time that ESPN Gameday came to Madison. They had scouted the school the week before they came, and decided that Bascom Hill was the place that best represented our campus and would provide them with the most space for the set. Set producers and scouts had to determine how they would get all the trucks there, it is a very large hill after all, but they were able to park all eight of their traveling trucks on Observatory Drive at the top of Bascom. The same thing occurred this year when ESPN decided that College Gameday was heading back to UW-Madison for the Wisconsin Badgers versus the Ohio State Buckeyes game on Saturday.

Senior Operations Producer Judi Weiss lead our group on the tour. As a live show was about to begin, we first made our way to the main set where the broadcast desk set-up in front of Abe and Bascom Hall to take photos. We also got to look at the cameras and monitors set up around the desk. 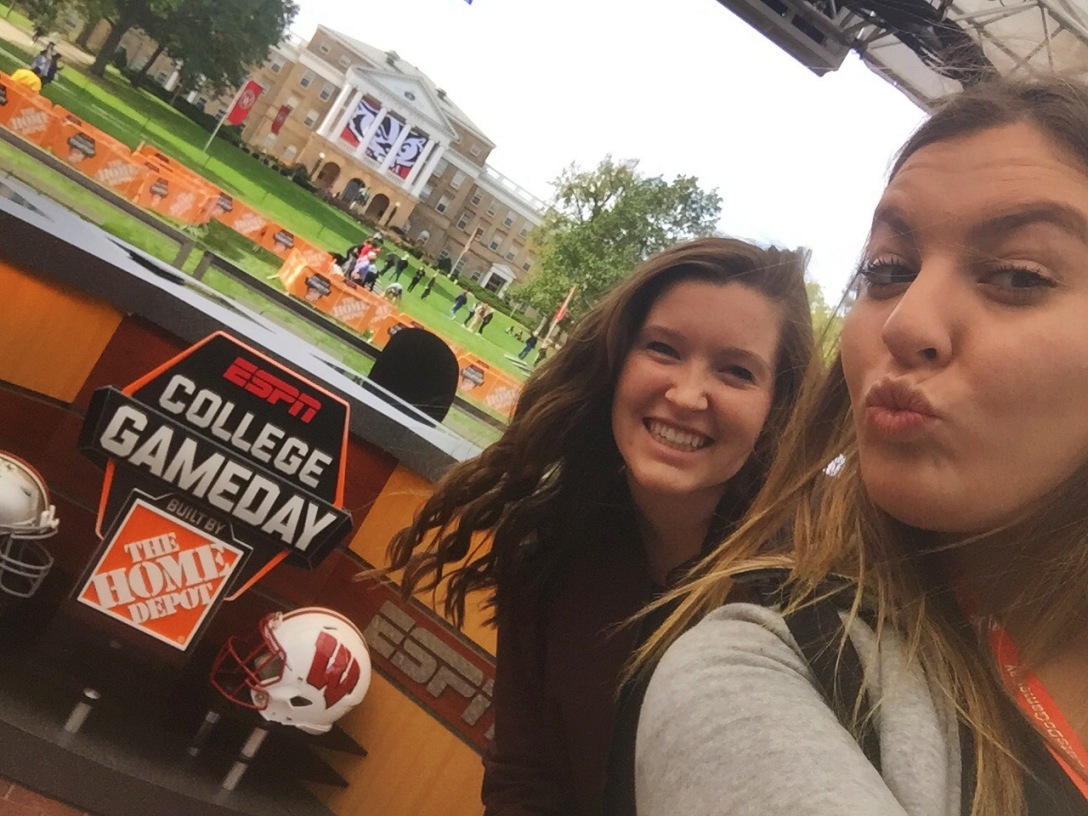 After each group had a chance to take a few pictures, we were hurried off the set and up Bascom Hill to Observatory Drive where the main production trailer was. While the set itself is transported in different trucks each week when there is a different destination, the main production trailer and the tour bus travels to every location with the 65 cast and crew members. 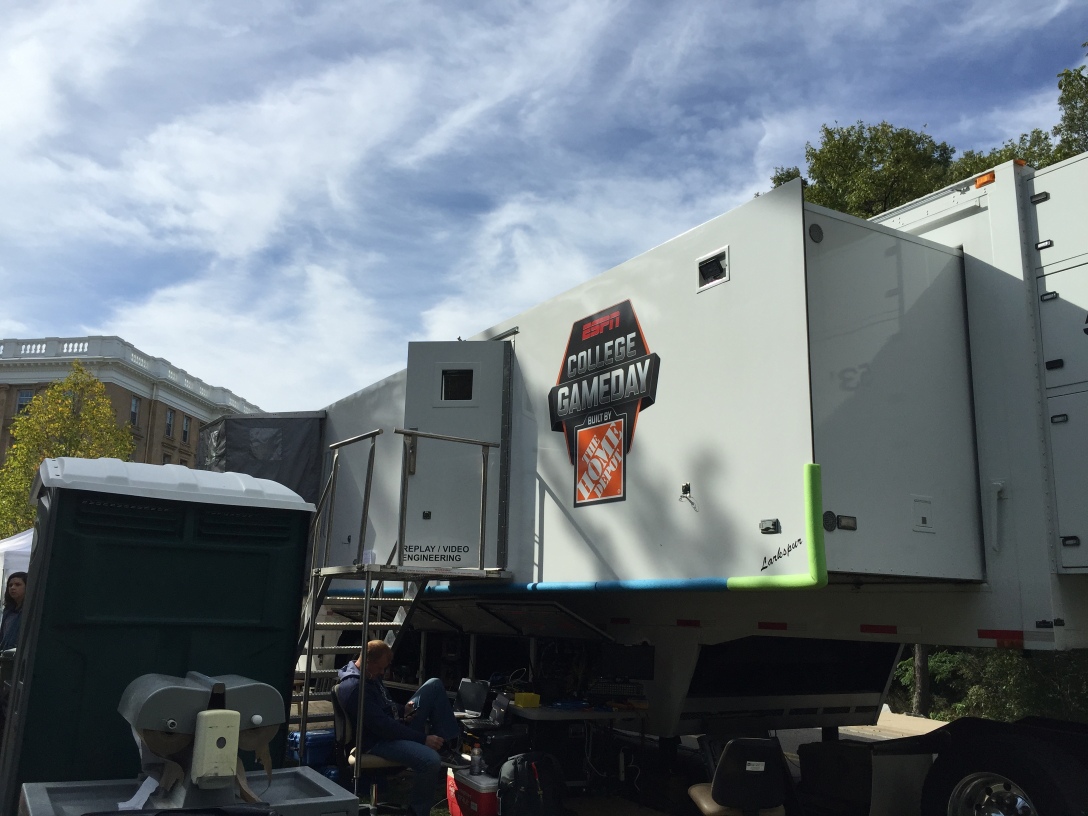 We then went into the main production trailer to look a the set-up and even watch as a bit of the live show was produced. During a live Saturday morning show, 25 crew members made up of producers, the director, analysts, and other personnel, are squeezed into single trailer. It’s incredible. We were allowed to watch for a few minutes, then were hustled out as the next tour was about to start.

It was a fantastic experience to see how a show as big as ESPN’s College Gameday is scouted, transported, set-up, produced, and torn down all in the matter of a week during EVERY SINGLE WEEK OF THE COLLEGE FOOTBALL SEASON. It’s an insane amount of work, but after touring the set, it is clear that each cast and crew member loves what they do and wouldn’t change it for the world.